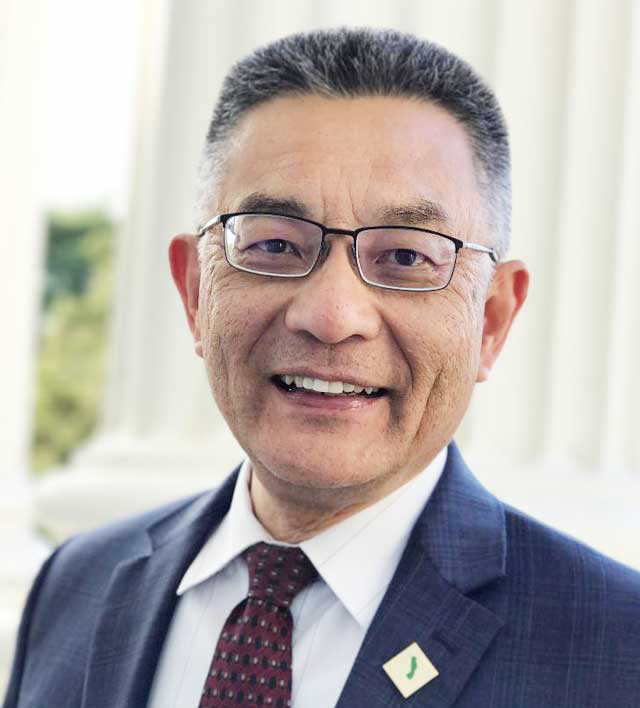 Kansen Chu emigrated to the United Stated from Taiwan in 1976. After he finished his graduate school in Electronics Engineering in 1978, he moved to San Jose and worked at IBM Corp. as a micro-diagnostic programmer.

In 1989, he and his wife started Ocean Harbor Chinese restaurant in San Jose. They operated the small business until 2005.

Kansen started his public services in early 1990. He first served on the Job Training Partnership Act (JTPA) Board and later served on the Santa Clara County Mental Health Board. He was first elected to the Berryessa School Board in 2001. From 2007 to 2014,

he served as the San Jose City councilmember representing Alviso, Berryessa and North San Jose. Kansen was elected in November 2014 to represent California’s 24th Assembly District, which serves the Alameda County communities of Fremont and Newark, and the Santa Clara County communities of Milpitas, San Jose and Santa Clara. Kansen is currently appointed to serve on the Berryessa School Board.

Chu has worked to hold utility companies accountable for the power shut offs that affect millions of people each time. Chu also has worked tirelessly to break down mental health stigma through AB 8 and AB 1838, to put a mental health professional in every single school in California and ensure that our children are able to take time off from school to address mental health crisis.

During Chu’s time on the San José City Council, he served on San Jose City Public Safety Committee, Park and Recreation Committee, VTA Board, Santa Clara County Water Commission, Waste Reduction and Recycling Commission and represented San José on the League of California Cities and the Association of Bay Area Governments. He made public health transportation, and environmental issues top priorities- passing initiatives to require citywide green building standards and championed a ban on single-use plastic bags. Kansen also spearheaded the installation of automatic heart defibrillators across San José as a way to save lives.

Kansen is appointed by the Assembly Speaker Rendon to serve on the State Private Post Graduate Education Commission. Chu is a member of San Jose East/ Evergreen Rotary Club. He also serves as the First VP of Milpitas Executive Lions Club.

Chu and his wife Daisy have been married for 44 years. They have two adult children, Ann and Walt, a son-in-law Steve, and grandchildren, Kimberly and Connor.

My Accomplishments
Scroll to Top